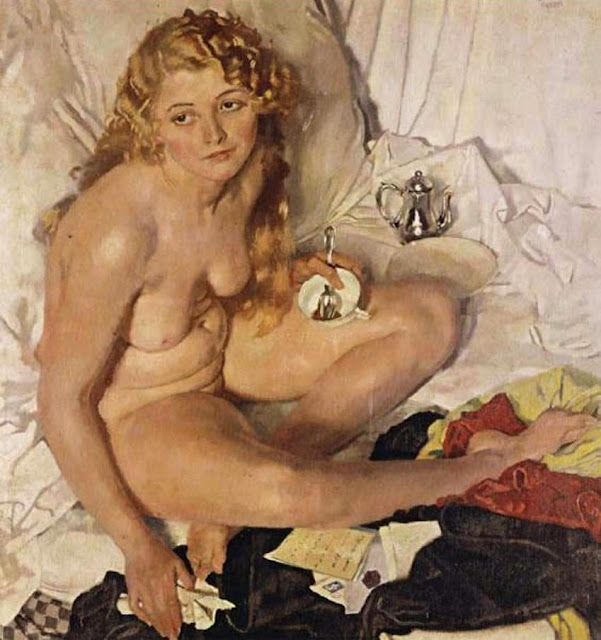 This is an affectionate portrait of Yvonne Aubicque, the mistress of its painter, Irish artist Sir William Orpen (1878-1931), who has several fascinating stories connected to her.   Called, Early Morning it is a wonderful evocation of the pleasures of a mistress, as she sits surrounded by domestic detritus that indicates no great desire to leave her bed anytime soon. 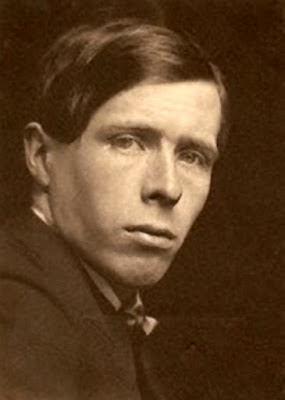 William Orpen was born in Dublin and attended the Metropolitan School of Art there, to which he was admitted at the age of eleven, such was his natural skill. At the age of seventeen he moved to London to attend the  Slade School of Art.   Catching the attention of John Singer Sargent he rapidly became one of the country's top portrait painters.  Although he married and had three children he had a string of mistresses, many of whom modelled for him, despite constant worries about his own unattractiveness (caused, it is said, by overhearing his parents asking themselves why he was so ugly and their other children so attractive!). 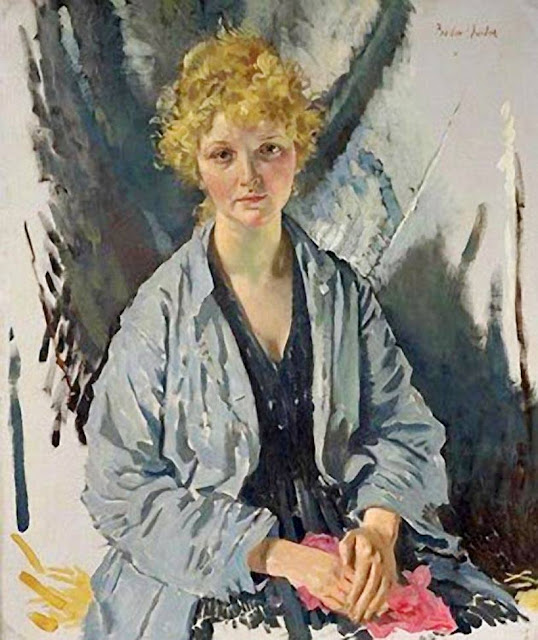 In 1916 Orpen was appointed as an official war artist and carried on in this role after the war, where he was was the official painter of the Versailles treaty signing.  While in France, he fell head over heels for Yvonne Aubicque, the daughter of the Mayor of Lille, who he mat met in hospital, when suffering with blood poisoning, where she was working as a Red Cross volunteer.  He painted two portraits of her during the war but when he sent the paintings back to Britain he found himself in hot water, as official war artists were only supposed to paint pictures of military subjects. 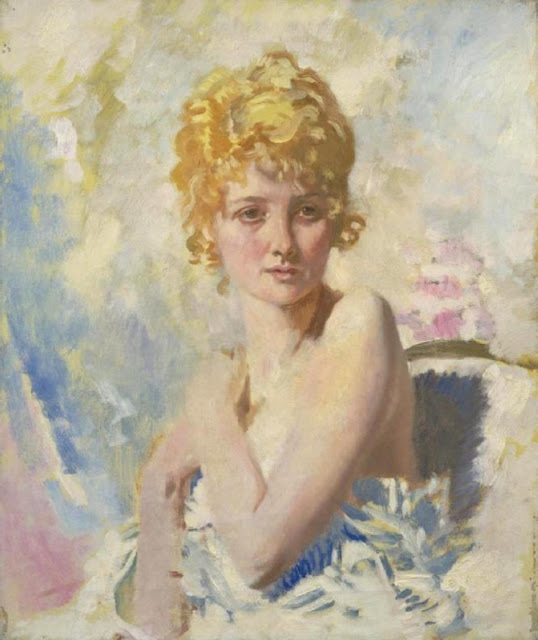 Even worse, he had called his pictures of her "The Spy" and claimed she was a German spy who had been executed by the French, no doubt in order to give it an acceptable "military" provenance.  However, the subject of female spies was sensitive at this period as English nurse Edith Cavell had been shot by the Germans for helping allied soldiers to escape and Mata Hari had also just been executed by the French.  Orpen found himself facing a court martial and had to confess that the paintings were of his mistress. One of Orpen's friends was Lord Beaverbrook, who was instrumental in preventing the court martial, although Orpen was severely reprimanded and only just hung on to his official war artist role.  Orpen changed the name of the pictures to The Refugee and, like his war paintings, they now belong to the Imperial War Museum in London. 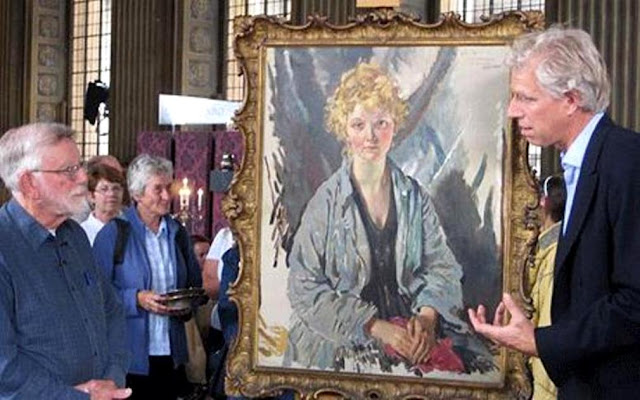 The Beaverbrooke copy on the Antiques Roadshow

There is an interesting coda to this story.  In 2013 a man brought a picture along to the filming of the BBC show Antiques Roadshow, where members of the public bring along items and a panel of experts tell them about them.  It was a copy of Orpen's The Refugee I.  The owner had taken it to the Imperial War Musem who had said it was just a standard copy. He was not convinced, however, and was puzzled by the high quality of the picture and the fact it was signed Nepro Mailliw (William Orpen written backwards).  He discovered that in 1920 Orpen had gone back to France and painted another version of the painting for Lord Beaverbrook as a thank you for helping him escape the court martial.  The expert on the show confirmed that the picture was indeed a copy but was made by Orpen himself and was the long lost Beaverbrook version.  Much to the owner's shock, he valued it at £250,000. 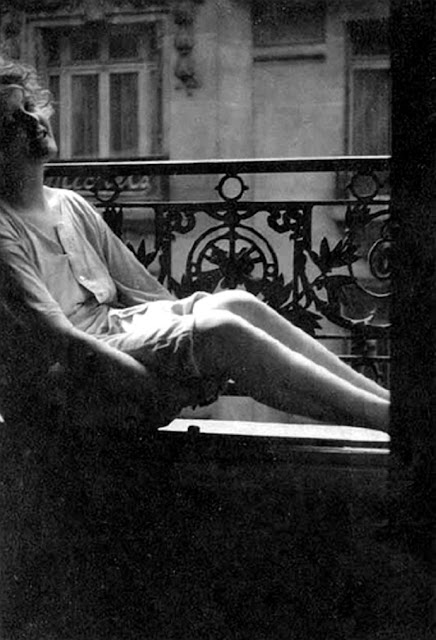 What happened to the lovely Yvonne?  She remained as Orpen's mistress for more than ten years; although he usually ran more than one mistress simultaneously.  When in France, after the war, he had bought a black Rolls-Royce and hired a sixteen year old called William Grover as his chauffeur.  Grover was the son of an English father and a French mother but had been born in France. He immediately took a fancy to Yvonne and she him.  You might expect all sorts of problems to follow but when Yvonne stopped being Orpen's mistress he gave her his Rolls-Royce and a large house in Paris.  Grover and Yvonne married in 1929.  Grover had always been keen on cars and motorcycles and had started to race motorcycles at the age of fifteen.  Worried about what his father might think, he used the pseudonym W Williams when he started to race. By 1926 he had graduated to car racing.  In 1928 he won the French Grand Prix and in 1929, in a British Racing Green Bugatti, he won the inaugural Monaco Grand Prix.  Now known as Grover-Williams he retired from racing to concentrate on business, including working for Bugatti and running a kennel where Yvonne bred Highland Terriers which she successfully showed at Crufts dog show, eventually becoming a judge there. They were a wealthy couple and, apparently, good dancers, winning several competitions. 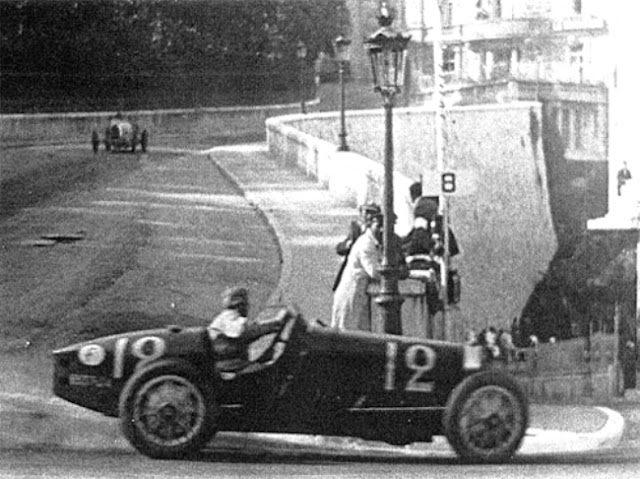 With the German invasion of France Grover-Williams fled to Britain where, because of his fluency in both French and English, he was recruited into the Special Operations Executive where he was trained at their wartime base, the home of Lord Montague, Beaulieu in Hampshire, now, coincidentally, the site of the National Motor Museum.  Grover-Williams was dropped into France, with no contacts or support on the ground, and was instructed to set up a new resistance network in Paris, as the previous one had been compromised. Yvonne moved back to Paris as well, although she lived in their house in Rue Weber while he lived in a separate apartment.  He recruited two former fellow racing drivers and they began sabotage work, principally at the Citroen factory.  In August 1943 Grover-Williams was captured by the Germans as their network had been compromised and it was believed that he was interrogated by the Gestapo and shot almost immediately. 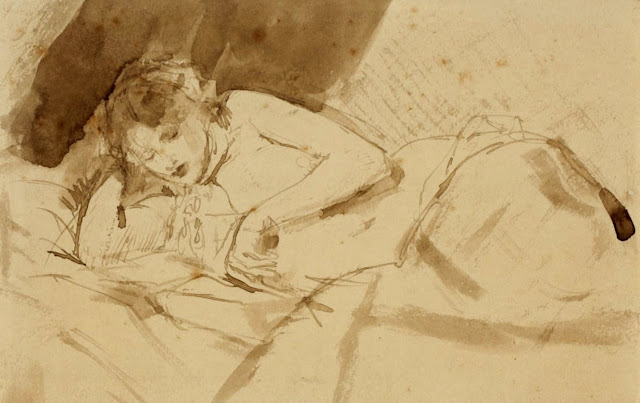 However, in the 1990's a different story emerged.  It looked as if Grover-Williams survived and was taken to a prison camp in Poland.  It then appears that he joined MI6 after the war.  Even more strangely, in 1948 a man called George Tambal turned up at Yvonne's house in Evreux and moved in with her. She introduced him as her cousin but the locals thought they acted more like lovers.  He claimed to have arrived from America via Uganda, bringing animals for the depleted zoos of Europe. Grover-Williams, it should be noted, had family in America and a sister in Uganda. Also, amazingly, Tambal's date of birth was exactly the same as Grover-Willams'. Tambal was very knowledgeable about motor cars and bore the scars of a beating around the head.

No-one has ever proved it conclusively but it looks like Grover-Williams survived the war, joined MI6 (MI6 have admitted they know what happened to Grover-Willams but they won't say what) and then rejoined his wife in Evreux.  She died in 1973 and Tambal/Grover-Williams was killed in 1983, at the age of eighty, having been knocked off his bicycle by a car, ironically, driven by a German tourist. 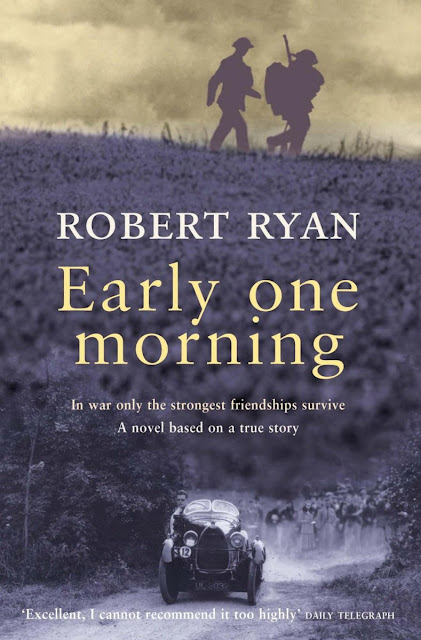 Elements of this remarkable story were used by Robert Ryan in his novel Early One Morning in which a fictionalised version of Yvonne Aubicque appears as Eve Aubique.

Sir William Orpen died in Kensington in 1931, possibly from complications arising from syphilis, and at the time was probably the most famous artist in Britain.

Posted by legatus hedlius at 03:18