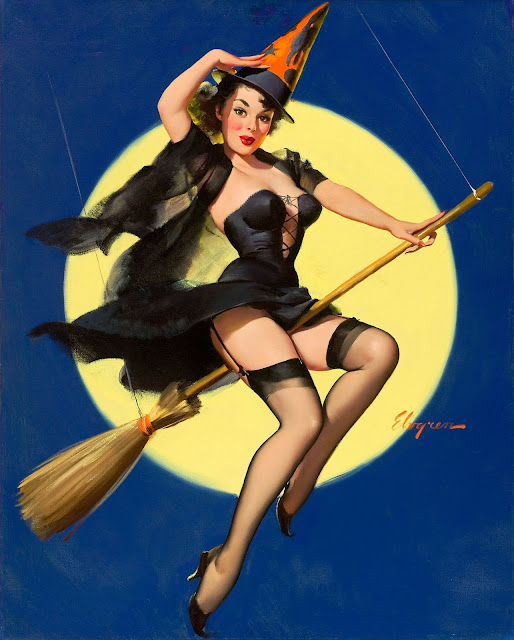 The celebration of All Hallows Eve in the UK has increased enormously over the last decade; driven mainly by manufacturers of plastic tat, supermarkets and confectioners, hoping for a pre-Christmas sales bump.   When I was a child it was not marked at all in Britain.  Indeed, I remember being invited to a Hallowe'en party in Banff in Canda in 1994 and finding it a very odd idea.  After all, we have Guy Fawkes night in the UK, just five days later, which is much better as you get to let off rockets.  Sadly, the latter is falling out of fashion in the UK, due to health and safety concerns over the public letting off large amounts of explosives willy nilly (alright, I know that gunpowder is not technically an explosive) and politically correct notions that, for some reason, the burning of effigies of Catholics is not acceptable. 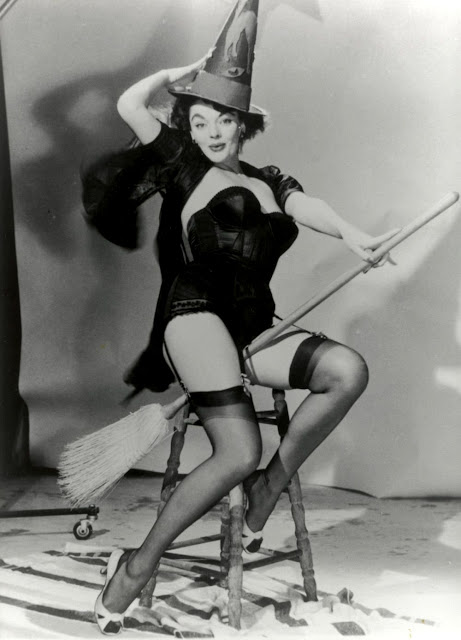 This painting was by America''s greatest pin-up artist, Gil Elvgren (1914-1980), who for more than forty years produced hundreds of paintings of pretty girls (usually having difficulties in keeping their clothing in order) for calendars and advertisements (especially for Coca-Cola).   He was also a fine photographer and shot his own reference pictures, as here. 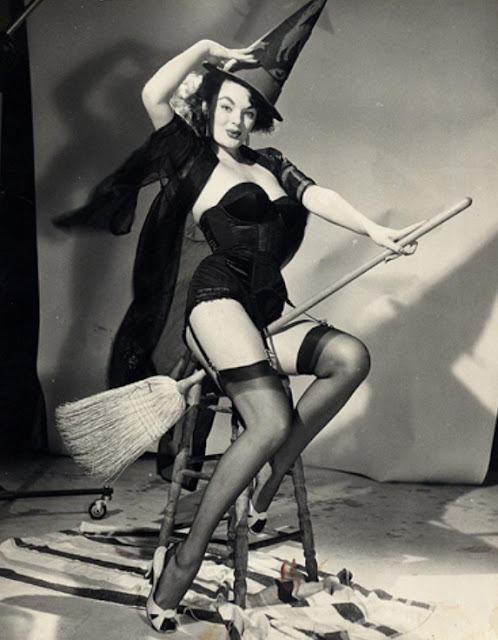 Elvgren's model for this painting was, the really rather splendid, Marilyn Hanold  (b. 1938) who was Playboy's Playmate of the Month for June 1959.  She was just nineteen when she posed for this shot.  She had a number of small  parts (actually there was nothing small about her parts) in TV and films in the fifties and early sixties, including, at the end of her career, as Amazon number 8, in the James Bond spoof In Like Flint (1967) with James Coburn.  That year, however, she married Rulon Neilson, the president of Skyline Oil Company from Utah and stopped acting.  What did she see in the, twice her age, millionaire oil tycoon?  For, that matter what did the 57 year old see in the 29 year old 40-26-38 nude model and former Las Vegas showgirl?

Posted by legatus hedlius at 08:04