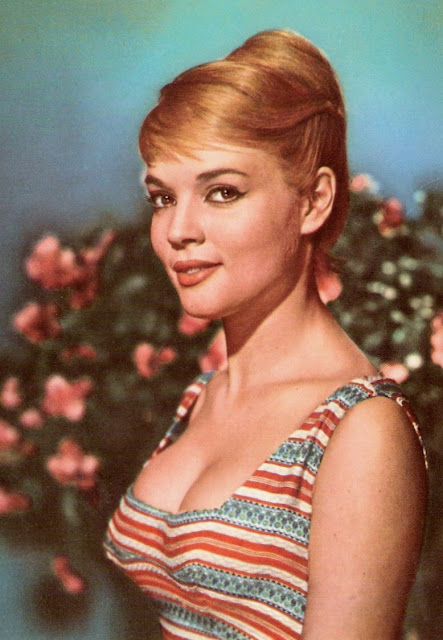 Agnès Laurent (1936-2010) was a lovely French actress who I remember as appearing in the title character in the British comedy A French Mistress (1960), which I saw at an impressionable age. 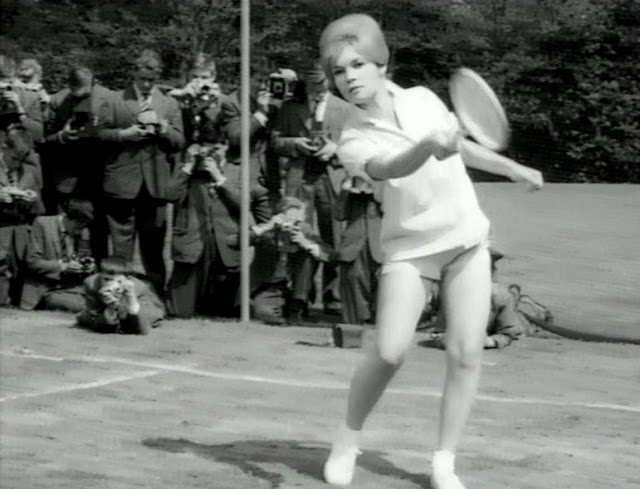 Laurent made mostly French language films and by the time of her memorable turn in A French Mistress was getting towards the end of her short career. 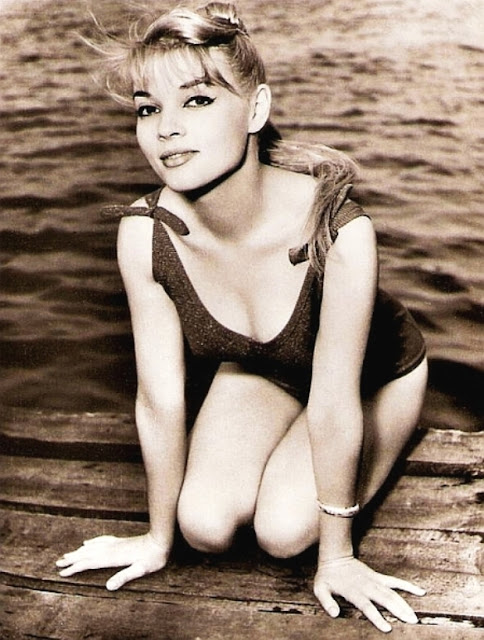 After A French Mistress, she appeared in Mary had a little... (1961) regarded as the first British sex comedy, although, of course it had no sex and very little comedy. 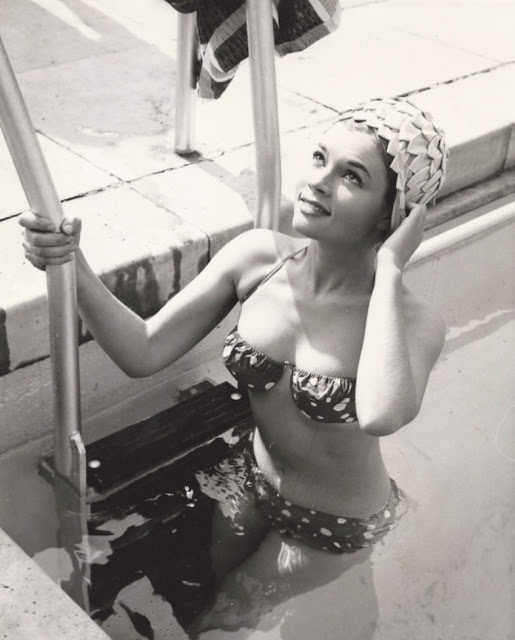 After one more film, in 1961, her short five year film career was over. 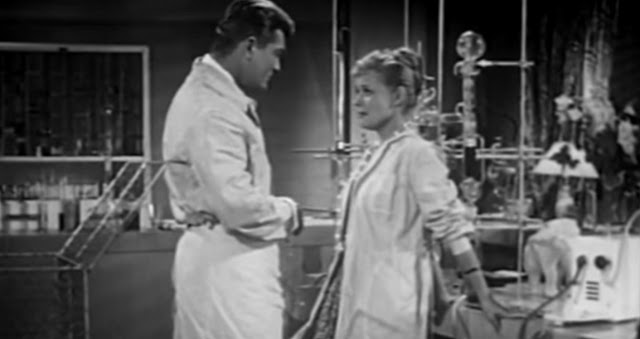 At the time, Playboy magazine liked to try and spot up and coming continental actresses and they featured her in their July 1958 issue.  She had just appeared in the film  Un Amour de Poche (1957), about a scientist who accidentally shrinks his lab assistant (Laurent) to the size of a small doll. 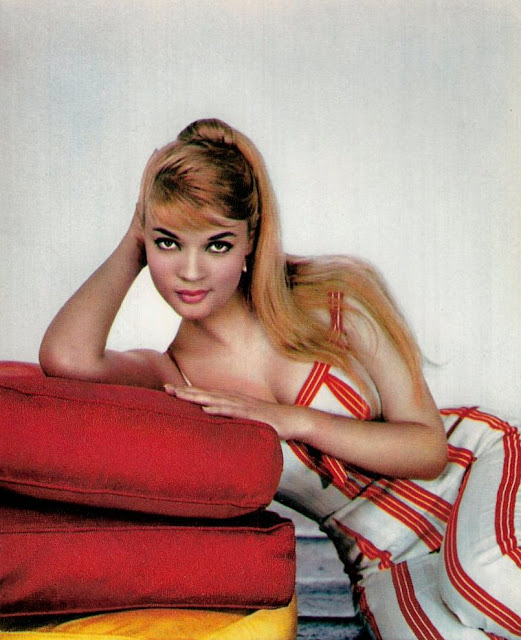 To save on special effects once shrunk Laurent remains inert, like a doll and is played mostly by...a doll.  At the end of the film the scientist's jealous fiancee throws shrunken/doll Laurent into the sea where the water and salt reconstitutes her into her full sized form once more.

In these, for the time, rather racy publicity shots Laurent gambols in the sea with the actor who plays the scientist and the doll who plays her. 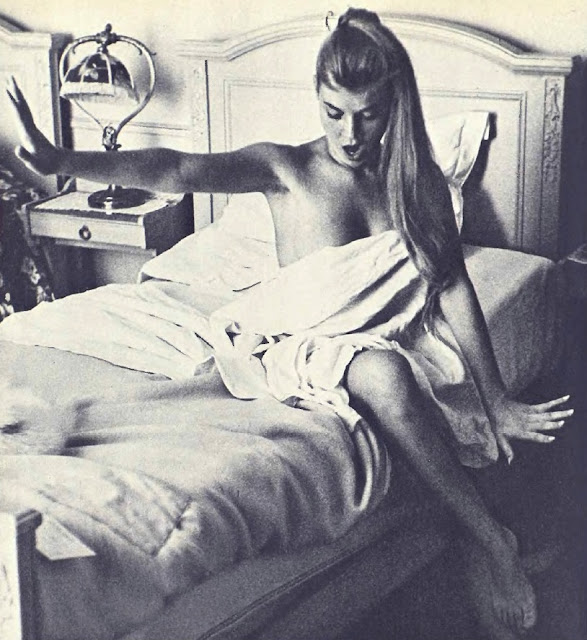 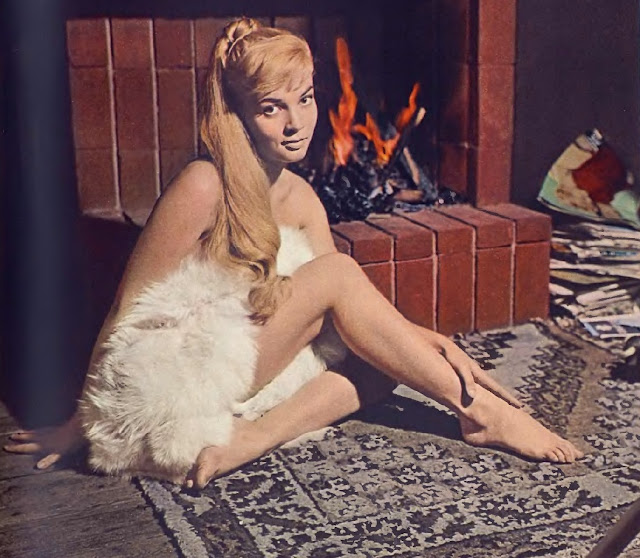 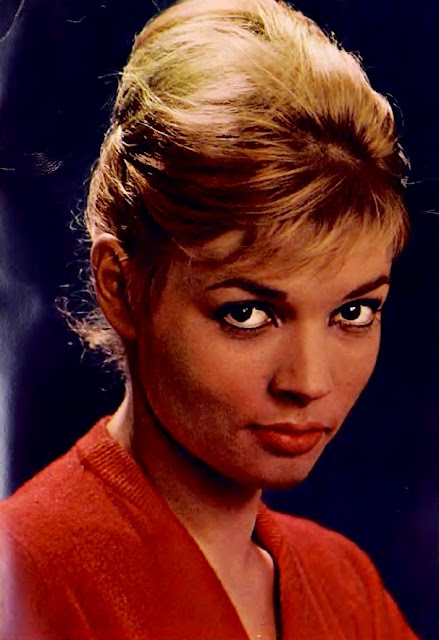 Splendide!
Posted by legatus hedlius at 09:25