Playmates in Space: the girls of Apollo 12 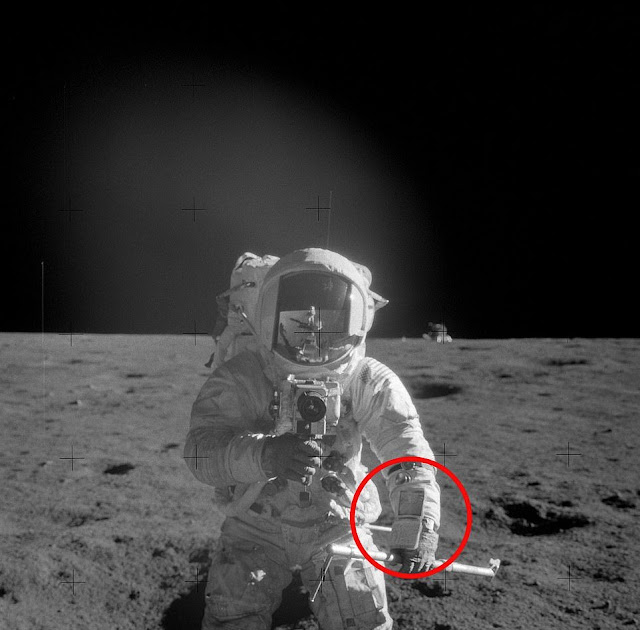 
It is fifty years ago today that astronauts Pete Conrad and Alan Bean became the third and fourth men to walk on the Moon. The entire crew of three had a US Navy background but their backup crew, David Scott, Alfred Worden and James Irwin, were all US Air Force (they would later form the Apollo 16 crew). As a typical inter-service prank the back-up crew managed to insert photocopies of pictures of Playboy Playmates into the astronauts’ lunar checklist (see ringed, above), which the back-up crew had to prepare for the mission astronauts. These were a schedule of tasks to be performed on the moonwalks in a three and half inch by three and a half inch ring-bound booklet which were attached to the left wrists of their spacesuits. The astronauts didn’t discover the inserted pictures until actually on the moonwalks, as the check lists were not used in training. Each astronaut had two pictures inserted into their checklists. 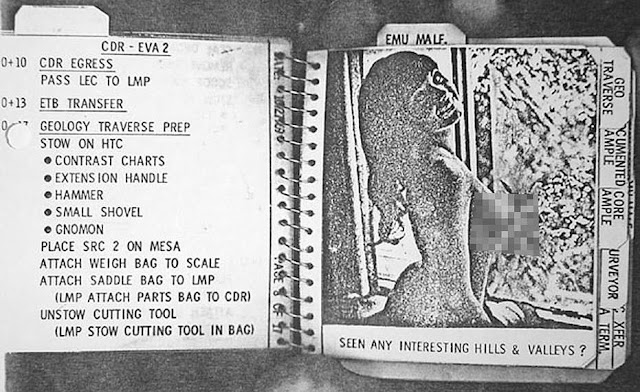 Pete Conrad’s contained, firstly, a picture of Angela Dorian, Playboy Playmate of the Month for September 1967. The caption to the picture in the checklist read ‘Seen any interesting hills & valleys?’ 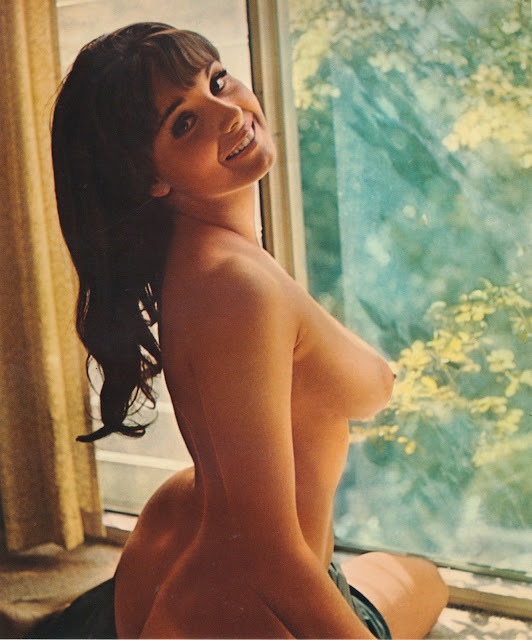 Angela Dorian was born Victoria Vettri in New York to Italian immigrant parents. She was already an actress on TV and film, including Yul Brynner Mayan epic Kings of the Sun (1963), when she posed for Playboy, at the age of twenty-two. She lost out on the lead role in Stanley Kubrick’s Lolita (1962). She followed up her 1967 appearance in Playboy by becoming the Playmate of the Year for 1968. 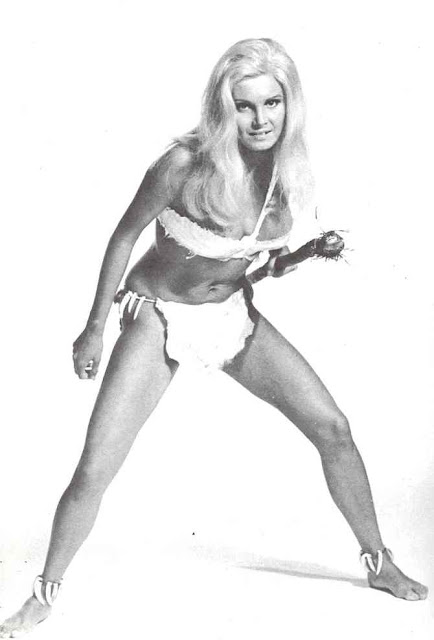 When Dinosaurs Ruled the Earth


Best known for her subsequent roles in Rosemary’s Baby (1968) and, especially, the Hammer prehistoric adventure When Dinosaurs Ruled the Earth (1970), her career petered out in the early seventies; her last film being the far from epic Invasion of the Bee Girls (1973) 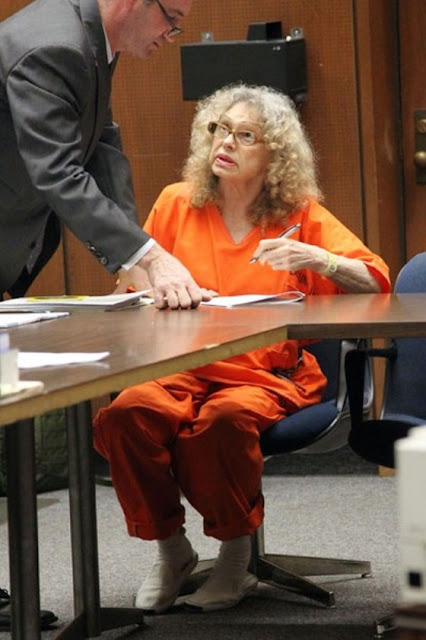 In 2011, after having shot her husband in the back at close range (he survived), during an argument, she was charged with attempted voluntary manslaughter and sentenced to nine years in prison. She was  released last year. 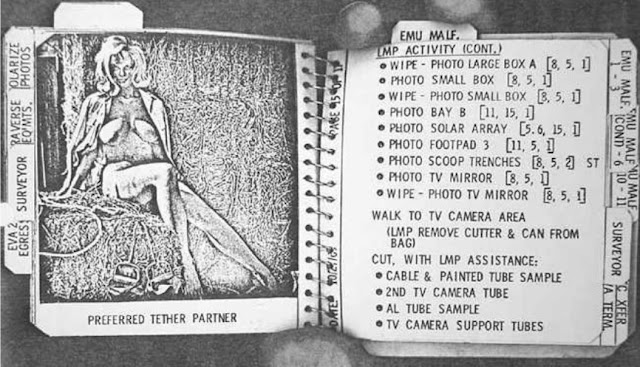 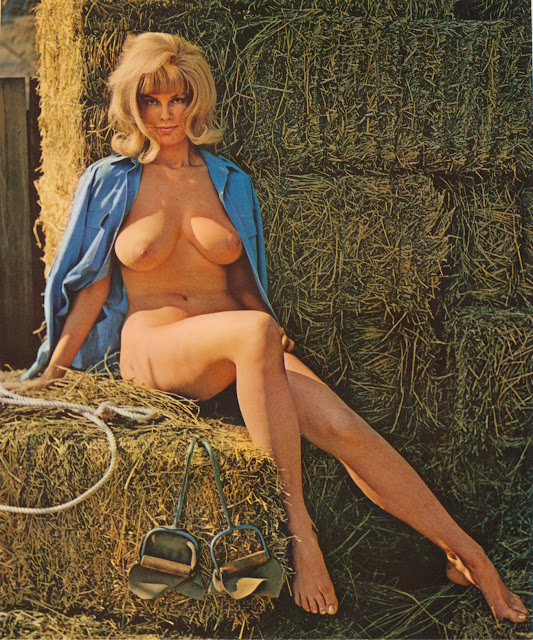 
Californian Wilson was twenty when she posed for Playboy and had also done a little bit of TV acting. She made two films in the early seventies, both heavily featuring her 40 inch bust, before getting married and opening an antique shop with her husband. 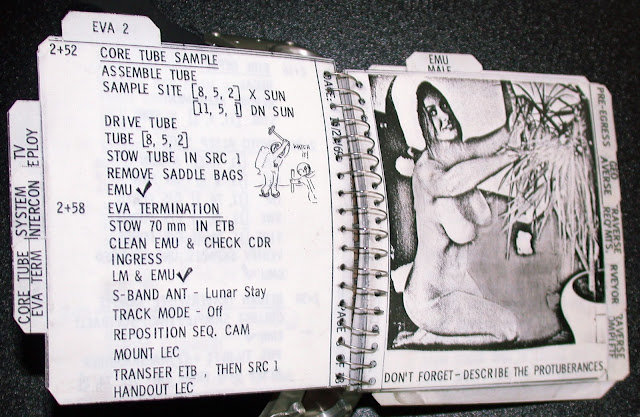 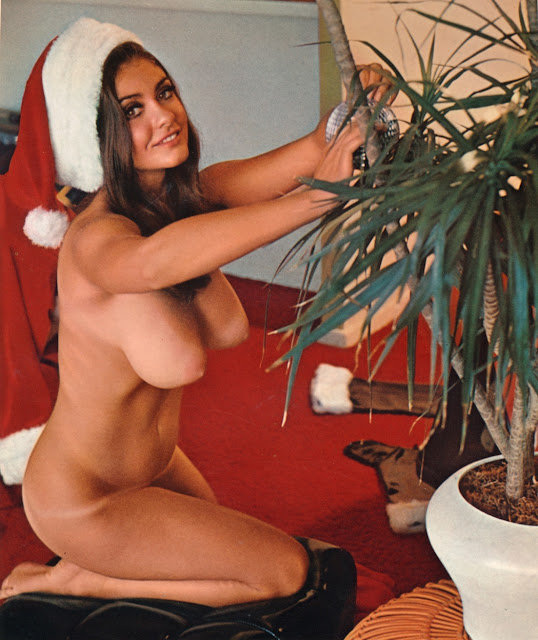 Myers was from Ohio, had just graduated from high school and was still only seventeen when she posed for Playboy.  Like all the images used for the checklists the picture came from the 1970 Playboy calendar which had just gone on sale.  Paid $5,000 for her shoot she was voted the 10th greatest Playmate of all time in 2000. For two reasons. 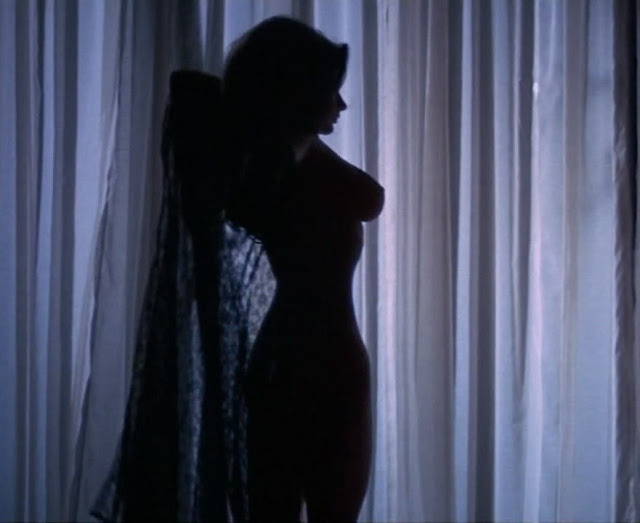 Cynthia's distinctive silhouette in Beyond the Valley of the Dolls


She had an uncredited role as a native girl in the Hammer film The Lost Continent (1968) but her biggest role came in Russ Meyer's Beyond the Valley of the Dolls (1970) alongside another Playboy Playmate, Dolly Read. She died from lung cancer in 2011 at the age of sixty-one. 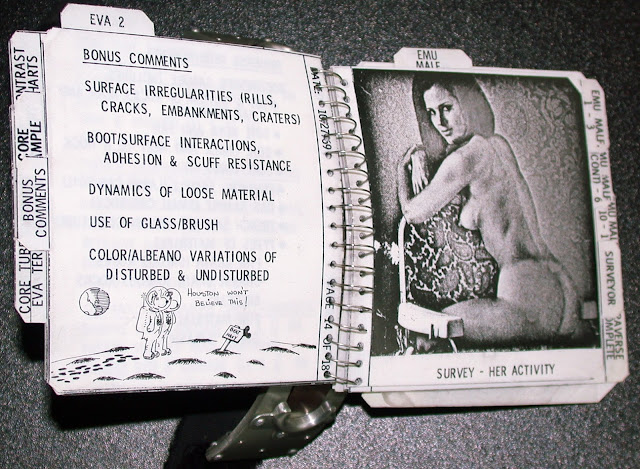 
Bean's second checklist Playmate was Leslie Bianchini, Miss January 1969, with a caption of  ‘Survey-her activity’ a pun on the Surveyor 3 unmanned lander, which the mission was due to inspect on the surface of the Moon. 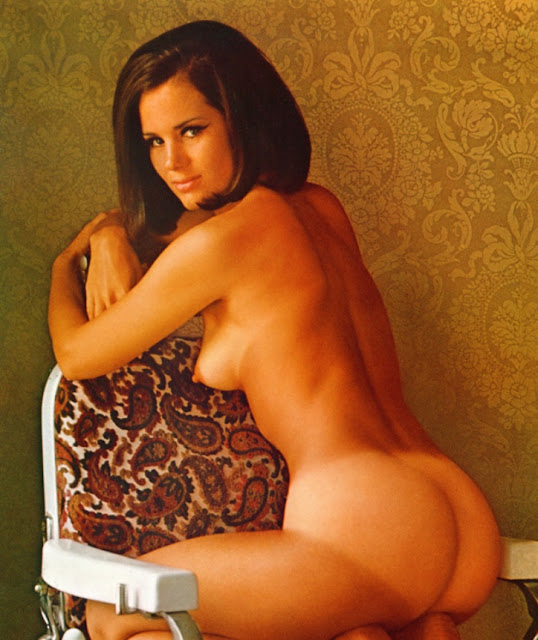 Leslie Bianchini was the daughter of an Illinois turkey farmer but the family moved to San Francisco and Playboy magazine found her conveniently working as a Bunny girl at the Playboy Club in that city. Twenty-one when her pictorial was shot she was a keen horsewoman and she later became a breeder of Arabian horses. 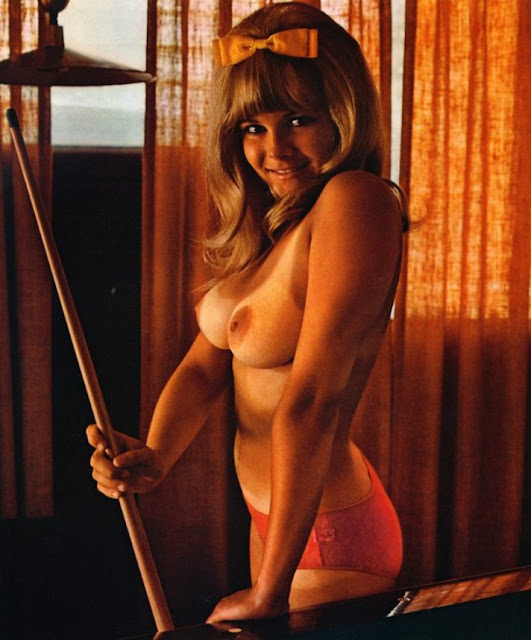 
Dick Gordon, orbiting the Moon in the command module was not left out, either, and had the November 1969 page (in colour rather than a small photocopy) of that year’s Playboy calendar (rather than a picture from the 1970 edition as Conrad and Bean had) in his locker (above), which he discovered while the others were on the Moon. His Playmate was DeDe Lind who posed in August 1967, at the age of twenty. Miss Lind was so mature for her age that she was spotted by a photographer at a Californian swimming pool at the age of fourteen and started her modelling career then. Her Playboy centrefold received more fan mail than any other in the magazine’s history. Nearly thirty years after her centrefold she posed naked again for Playboy at the age of forty nine. In 2011 Dick Gordon sold the Calendar page at auction for $21,000. 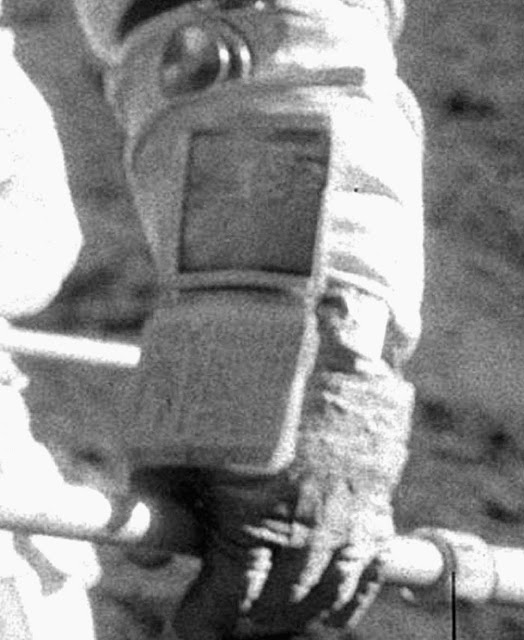 In the image at the top of the page you can just make out the checklist on Pete Conrad's left arm displaying the picture of Reagan Wilson.
Posted by legatus hedlius at 01:46