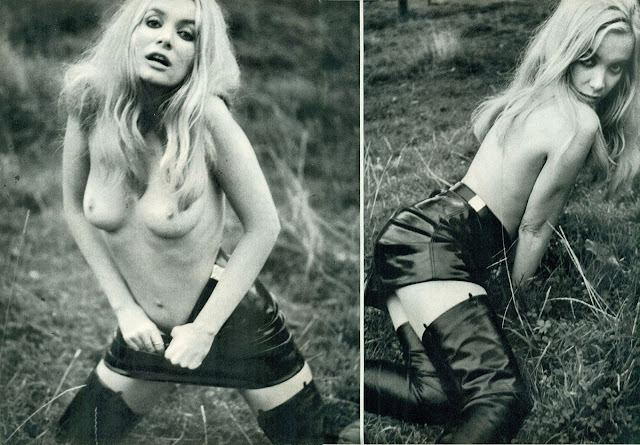 Today's lady from Playmen is Hungarian actress Anna Gaël (born 1943). She had appeared in her first film in 1962 and made a number of, usually, low budget films in Europe until 1981. She also had several TV appearances, including an episode of The Persuaders in 1971. She appeared in one of my wargaming group at school's favourite WW2 films The Bridge at Remagen (1969), Her choice of role was not always of the highest and she appeared in the notorious, low-budget British SF spy sex 'comedy' Zeta One (1969) with Yutte (Lust for a Vampire (1971)) Stensgaarde, James Robertson Justice and Charles Hawtrey, who must have really, really needed the money. 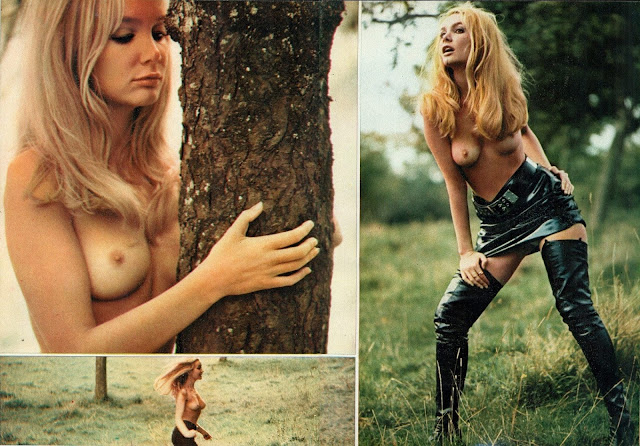 When Playmen first appeared in June 1967 fully uncovered bare breasts were not permissible but gradually, over the next few months, the magazine sneaked some in, despite regularly having the copies seized by the Italian authorities from newsstands (the government was closely backed by the Vatican who really disapproved).  Anna Gaël's pictorial was a real barrier breaker and she was topless in virtually every shot. 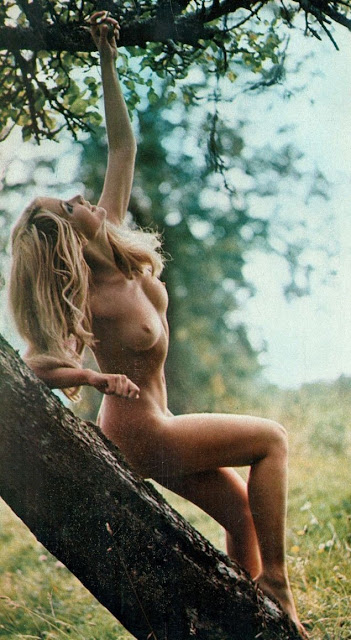 In 1968 she became Viscountess Weymouth, having married English aristocrat Alexander Thynne and since 1992, when his father died, her proper title has been The Most Honourable The Marchioness of Bath. A case of very successful social climbing indeed!
Posted by legatus hedlius at 11:10