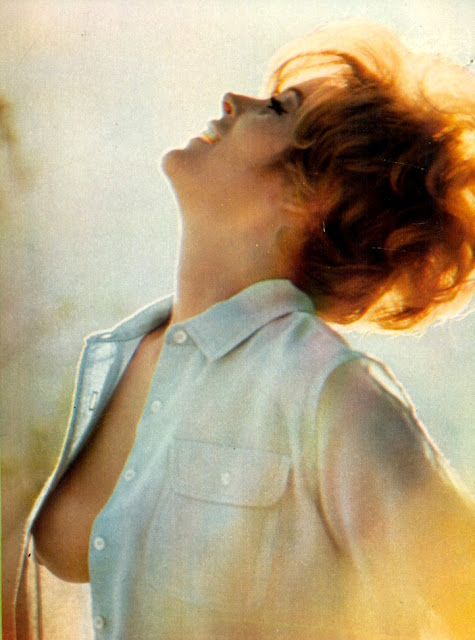 March 1968's issue of Playmen featured a specially shot pictorial of Jill St John by 'Pierluigi' photographed in the home she shared with recent, third husband, the singer, Jack Jones.  She was still only 27 at the time and it would be another three years before her slightly annoying but visually impressive appearance in Diamonds are Forever (1971) 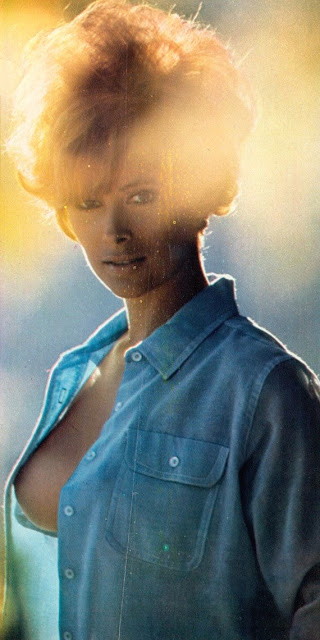 Born Jill Oppenheim, she started acting on radio at six and made her screen debut at nine.  She ws put under contract bu Universal at the age of sixteen.  Making her name in a string of comedies in the sixties, after a series of earlier 'pretty girl' type roles, she had been nominated for a Golden Globe for Come blow your horn (1963), appearing with Frank Sinatra, 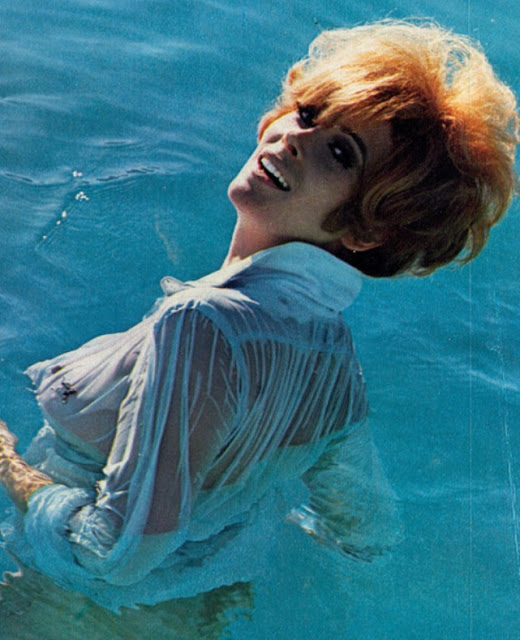 St John's fourth marriage was to Robert Wagner and when they met he was starring in TV detective show Hart to Hart with Stefanie Powers, with whom St John had been in the same Ballet Company as a child, along with Natalie Wood, Wagner's late wife. 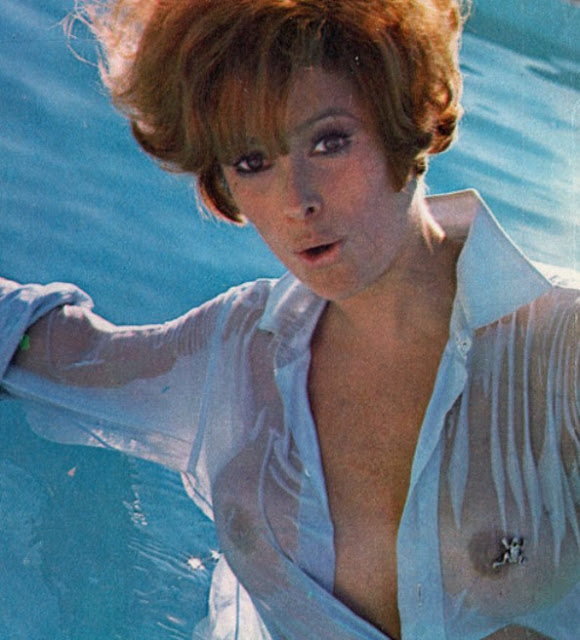 These are quite revealing shots for an American actress at the time but photographer Pierluigi was one of the top cinema stills photographer of the time and a friend of Frank Sinatra with whom St John had just appeared again. in Tony Rome (1967).   Pierluigi Praturlon (1924-1999), to give him his full name (which he never used professionally), after starting as a photo journalist (a shot he took of the reclusive Greta Garbo in Rome in 1947 made his name), began shooting on film sets in Rome in 1949 capturing the glory days of Italian cinema after World War 2. 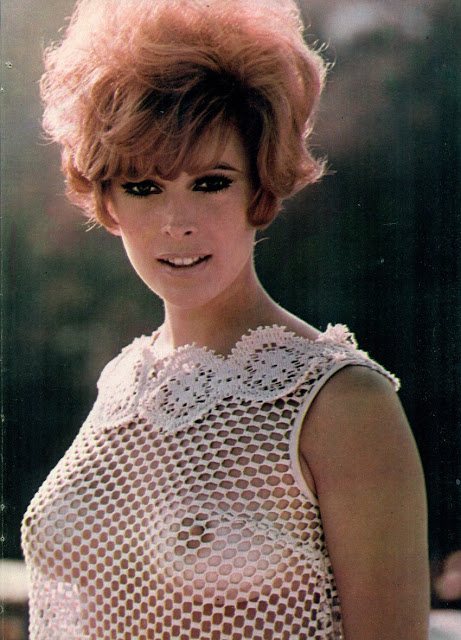 By the period these pictures were taken, he was considered one of the best stills photographers in the world. It was a shot he took of Anita Ekberg in the Trevi Fountain in 1958 that inspired Federico Fellini to recreate the scene in La Dolce Vita (1960).  He captured all the top stars from not only Italy but also Hollywood and Sofia Loren made him her personal photographer. 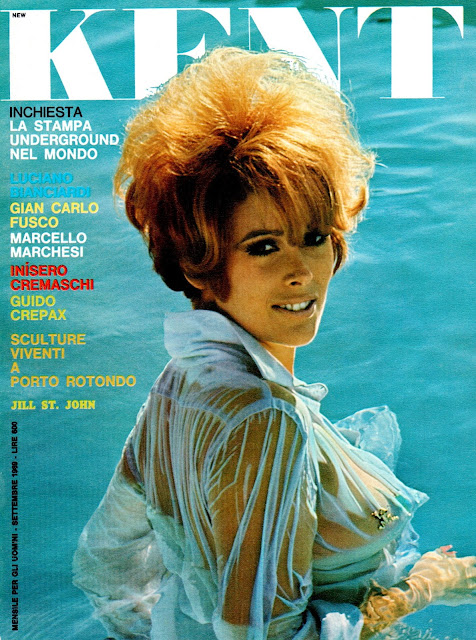 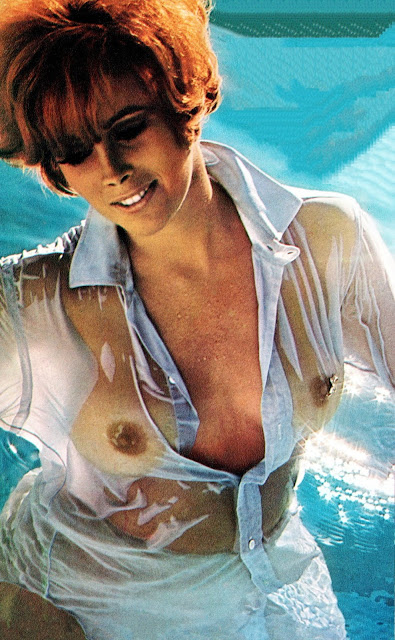 A year later, another Italian magazine, Kent, published some more shots from the shoot by Pierluigi and being a completist I felt compelled to include them here. 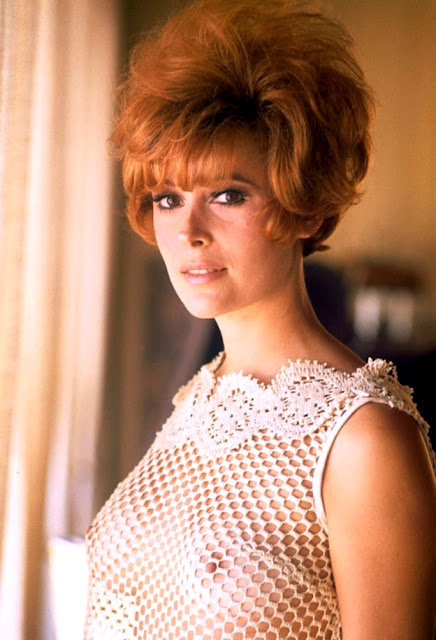 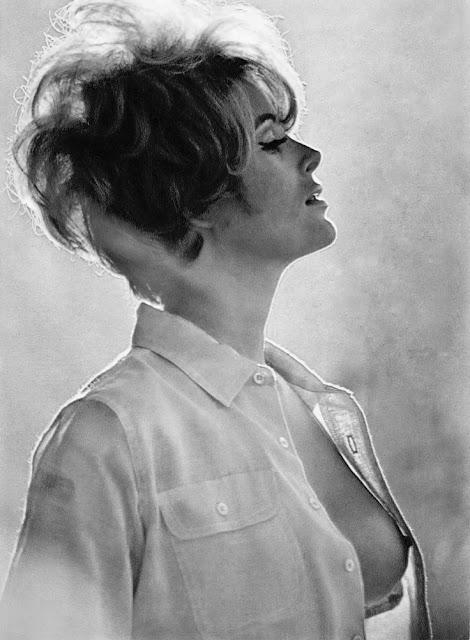 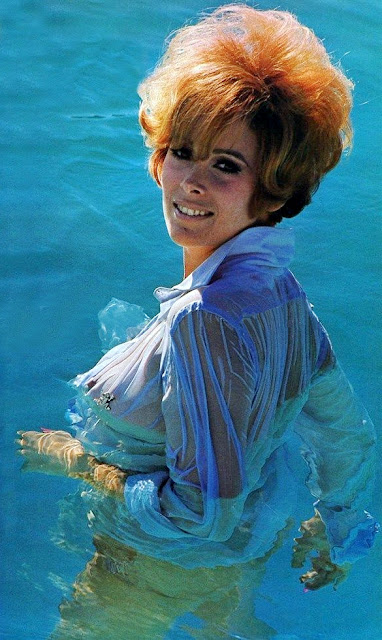 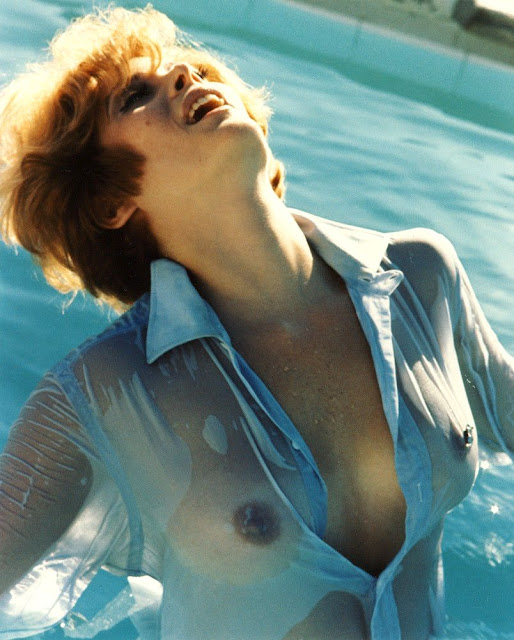 Here are a few more outtakes as well. What a very splendid young woman she was.  Pierluigi had a reputation for making his sitters feel at ease and catching them in a relaxed manner, He certainly caught St John looking very relaxed and informal in his characteristic reportage style.
Posted by legatus hedlius at 08:26