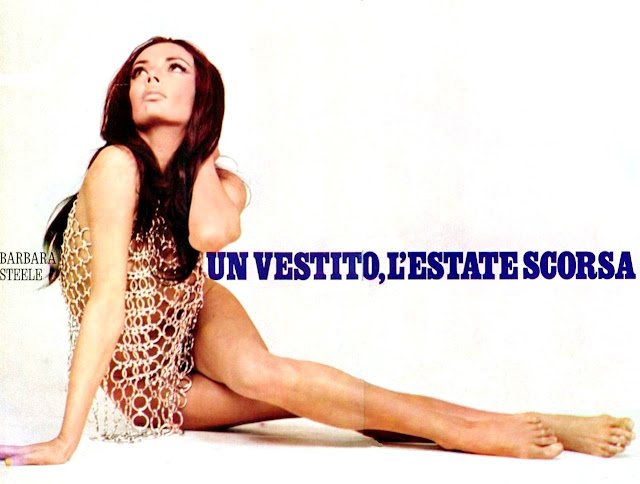 The fourth issue of Playmen appeared in September 1967 and contained a pictorial on actress Barbara Steele. Born in Birkenhead she studied at the Chelsea Art School, as she planned to become a painter, and then the Sorbonne in Paris.

Although she had a few small parts in British films at the end of the fifties she made her name in Italian horror films of the sixties, principally Black Sunday (1960), although she also appeared in Hollywood's The Pit and the Pendulum (1961) and then a number of other cult Italian horror films,  She also had a part in Federico Fellini's 8½. (1963) and  Fellini wanted her to appear more in the film but she was contracted to another movie/ 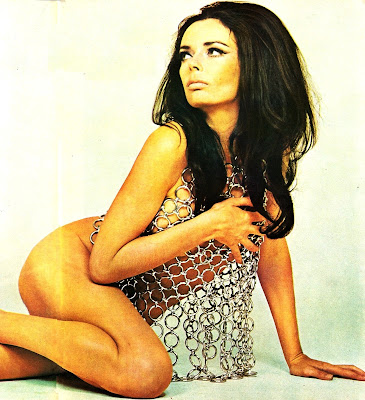 She carried on acting, sporadically, during the sixties and seventies,  becoming a cult star.  She took ten years off from acting but started to work as a producer, including working on two mini-series I remember watching, the Robert Mitchum WW2 dramas The Winds of War (1983) and War and Remembrance (1988); even winning an Emmy for the latter.  More production and acting roles followed, the last of which was in 2016. 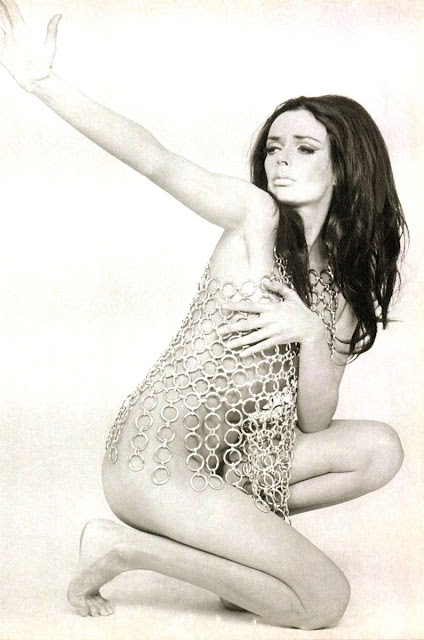 Given Playmen had only just started showing nipples on its pages a month or so earlier, it was a bit of a leap to have Miss Steele flashing her fur in these shots. Presumably, the argument would have gone that she was, in fact, dressed. 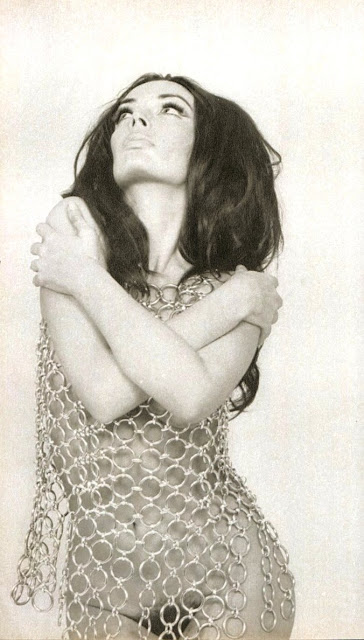 In fact, many copies of this issue were seized by the police and Playmen didn’t risk any more pubic hair on its pages for nearly five years. Still, it beat both Playboy and Penthouse to the furry grail by some years.
Posted by legatus hedlius at 14:45